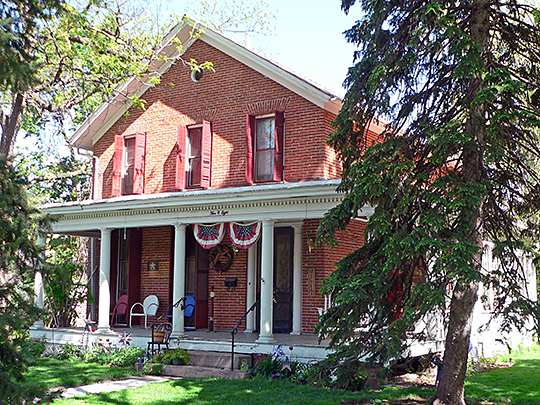 Dodge County is one county west of the Missouri River, and the Platte River forms its southern boundary. With these geographic advantages, the county was among the early settlement areas in the state. Settlers from Des Moines, Iowa staked a claim at Fremont, the present county seat, in August 1856, the year after the county was established.

Fontenelle was named temporary county seat, but Fremont won the designation in 1860, apparently in an election. Fontenelle backers continued to lobby for the county seat until 1867. By 1867, Fremont had rail service for three years, perhaps a factor in Fremont's ascendancy at the expense of Fontenelle in the county seat wars. [Barbara Beving Long, consultant, Dodge County Courthouse, nomination document, 1989, National Park Service, National Register of Historic Places.]