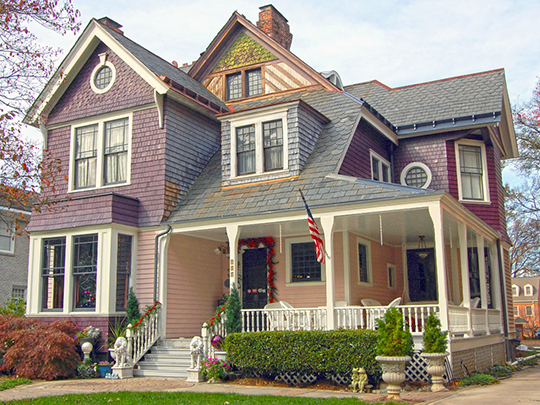 In North Germany are two little duchies that go by the name of Mecklenburg, Mecklenburg-Schwerin and Mecklenburg-Strelitz. From Mecklenburg-Strelitz, in the year 1761, went a young princess to be the wife of George the Third and Queen of England, and her name was Charlotte. The marriage was a popular one, and there was great rejoicing in England, and after a while the news of it reached the Piedmont section of North Carolina, where the people were just about to make two counties out of one. The name of the old county was Anson, named for the Admiral Anson whose good ship carried the young princess, Charlotte, to England. The new county was named Mecklenburg in honor of the queen who had come from old Mecklenburg, in Germany, and to do her still more honor, they called their town Charlotte. It must have been very pleasant to the king to think how loyal to the mother country and the royal family were the people of Mecklenburg and its "Queen City" of Charlotte, in St. George's Parish, in the Colony of North Carolina. It was his own fault if he afterwards had cause to change his mind about them.

Mecklenburg county, as at first constituted, contained all of the present county, Cabarrus, Gaston, Lincoln and a part of Union. The total area was four or five times as great as it is today. In 1766, the population of Mecklenburg was about five thousand, and this grew to six thousand within the next two years. Increase in population and development of the natural resources were rapid and continuous after government was firmly established.

In the latter part of 1765, Henry Eustace McCulloh donated a tract of three hundred and sixty acres of land to John Frohock, Abraham Alexander and Thomas Polk, as commissioners, to hold in trust for the county of Mecklenburg, on which to erect a court house, prison and stocks. McCulloh was the agent of Augustus Selwyn, who owned several immense tracts of land on a grant from the king, making it obligatory upon him to settle them with an average of one person to every two hundred acres. He foresaw that the interests of his employer would be advanced by the location of the county seat on his land. The courts before this time had been held at Spratts, just outside the present city limits, and as the proposed town was near the centre of the county, circumstances were apparently favorable to his plans, but objection was made by the people in the Rocky river section, who desired the court house to be located nearer to them.