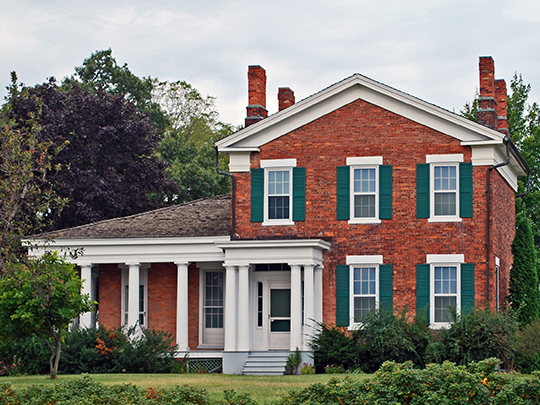 The Village of Pontiac was not incorporated until 1837, but it had an existence as a growing settlement from the time of the formation of the Pontiac Company by Stephen Mack, of Detroit, on November 5, 1818. In 1827 Pontiac was organized as a township. It was incorporated as a city in 1861.

The firm of Mack, Conant & Sibley (Judge Solomon Sibley was a silent partner) made the first improvements in Pontiac. They obtained from the Pontiac Company the title to the water power, in consideration for which they agreed to pay a bonus of $1,000 toward the erection of county buildings, in case the county seat could be located in Pontiac. The company itself also donated certain lots as an inducement for such location, and reserved various sites for schools, churches and a cemetery.