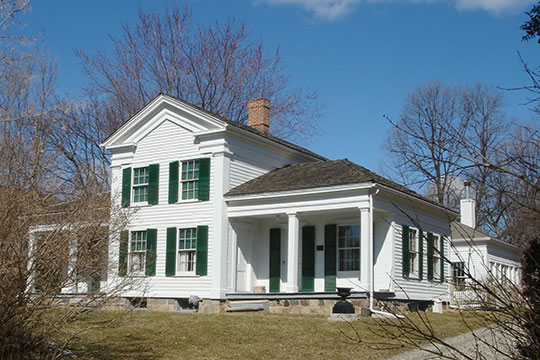 Farmington Hills (formerly Farmington Township) was incorporated as a city in 1973. Farmington Township had been organized in 1827. Early settlers included Arthur Power (ca. 1824). Around that time Stephen Jennings built a tavern and general store in the southeast part of the county. The subdivisions known as Quaker Valley Farms and Wood Creek Farms, now both part of Farmington Hills, had previously been incorporated as villages in the 1950s. Much of the City's history is intertwined with that of the City of Farmington.