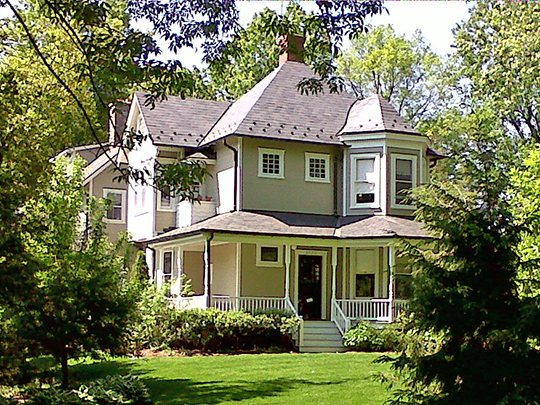 Bordering Washington, D.C., the incorporated limits of the town are home to just over 1,000 homes and 3,000 residents. Francis G. Newlands and William M. Stewart formed the Chevy Chase Land Company and purchased thousands of acres in the 1890s. They built an electric railway, installed water and sewer systems and built roads. It is named for a 1725 land patent named "Cheivy Chace" purchased from Lord Baltimore.

Development of the town began in earnest after World War I, spurred on by the growth of automobile traffic. The municipality was incorporated in 1918. The town grew over the years through a series of annexations.