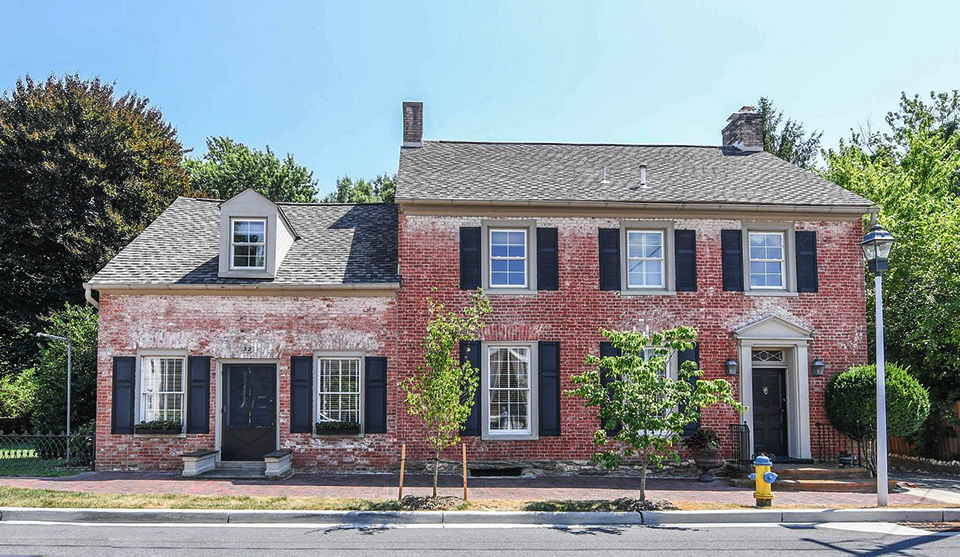 The history of New Market [†] is intimately tied to the construction of roads and the enormous increase of travel in the United States during the late eighteenth and early nineteenth century. From its 1788 outset along the Baltimore Turnpike through the development of the National Road in the first quarter of the nineteenth century, the activities of New Market focused mainly on providing services for the large volume of overland traffic moving east and west through town.

In 1788, Nicholas Hall and William Plummer started selling lots for the town of New Market along the Baltimore Turnpike, a road connecting Baltimore with Frederick. Turnpikes, like the Baltimore Turnpike, were considered good investments and moneymaking ventures in the late 1700s and early 1800s. Many people were attracted to speculative towns like New Market in order to make a profit serving those moving along an officially established and maintained toll road or "turnpike" (named after the long pole or "pike" that was swivelled across the road by the toll collector).

The town was platted with sixty-six foot wide (one surveyor's chain) principal streets, Main Street and Federal Street, to provide a vehicle pulled by a team of four animals the space necessary to make a U‑turn.

Hall recorded the deed for his share of the town on April 3, 1793 followed by Plummer's recordation on June 1, 1793. Hall's portion of New Market consisted of 134 lots east of Fifth and Sixth Alleys while Plummer held 36 lots west of that Main Street intersection.

New Market quickly grew to serve both those moving westward and those moving goods to the Baltimore markets. In the early part of the nineteenth century vast improvements made to existing colonial transportation systems coupled with the construction of new roadways and canals, like the National Road and the Erie Canal, spurred a tremendous wave of national westward migration. The established roadside towns along the Baltimore Turnpike, like New Market, experienced further expansion and prosperity with the construction of the National Road, beginning in 1811. Federally funded, the National Road connected the eastern cities of Baltimore and Washington to Ohio across the geographic barrier of the Appalachian mountains. Running initially from Cumberland to Wheeling, West Virginia, and later extending to Vandalia, Illinois, the improved roadway played a significant role in westward expansion.

To serve the throngs of travelers, entrepreneurial townspeople opened roadside businesses set tightly against the sidewalk along the turnpike. Village taverns, inns, and hotels were centers of activity along the road. In addition to food and lodging, other roadside related businesses were located along early improved routes like the Baltimore Turnpike and National Road. Wbeelwright shops, blacksmith shops, harness shops and tanneries were essential for the maintenance of the horse-drawn vehicles made of wood, leather and iron, while dry goods and general stores supplied travelers and local residents with such items as flour, lamp shoes and clothing. Small factories were also established along the roadway for ease of transporting products to city markets. New Market, for example, boasted a button, a shoe, and a nail factory.

With the construction of the Baltimore & Ohio rail lines in the 1830s, roadside towns experienced a slowing of the travelers' business. Only the towns that became stops along the railroad continued to see rapid growth. Bypassed by the railroad, New Market turned away from catering to the dwindling number of turnpike travelers to become a small, rural community center. Particularly noticeable on Main Street, the town's shift to serving the local community is reflected by the construction of additional churches, a grange hall, a Masonic lodge and a :firehouse that were built between the 1830s and the 1880s. New Market churches built prior to 1830 were constructed on cross streets not among the prime lots along the bustling but dusty turnpike. After 1830, churches appear on Main Street. Also after 1830, shop fronts with large plate glass windows were added to former inn buildings, reflecting the emergence of "polite" retailing following the decline of heavy turnpike traffic on Main Street.

Resulting from early prosperity followed by a long period of slow growth, New Market appears almost frozen in time. It remains today. in the twenty-first century. a significant exam- ple of an early roadside town. The layout of the town and the majority of the buildings in the historic district of New Market retain the appearance of what a nineteenth century drover, wagoner, stagecoach passenger or westward moving settler might have seen along this significant thoroughfare in the Piedmont ofMaryland. English in origin, the village typically was laid out with a major thorofare forming Main Street, one or two back streets paralleling the main street, and perpendicular alleys running at regular intervals connecting the main street and the back streets.