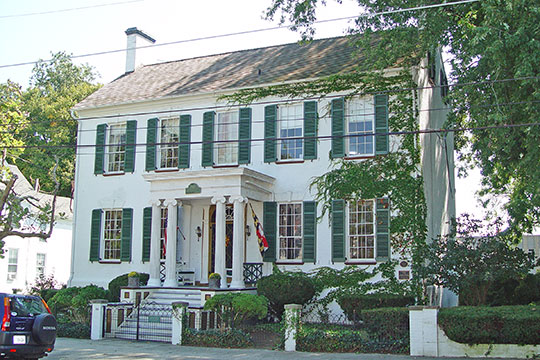 Cambridge is the county seat of Dorchester and most of the county's population lives in or near the city. Located on the south shore of the Choptank River along the north-central edge of the county, Cambridge has always derived its livelihood from the surrounding waterways. Fishing, boat building, shipping and other water dependent industries have always been important. Intertwined with water, however, is agriculture as a base upon which Cambridge and Dorchester County grew. Cambridge was laid out in 1684, making it among the oldest towns in the State of Maryland. It became a port city and by the late 19th century had a food processing, packing and canning industry second only to Baltimore in the United States.