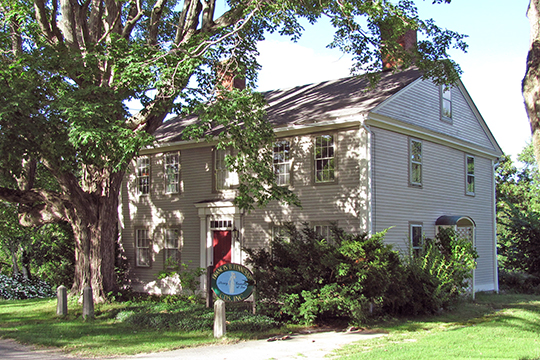 Charlton was settled ca. 1735 and incorporated in 1755. It was named for Sir Francis Charlton, a Privy Councillor of England.

Since 1789 the population has increased by only 286, and the Puritan tradition still dominates the community. Agriculture is still the chief means of livelihood. Factories and mills have operated at intervals, but the lack of abundant waterpower has always hindered any permanent industrial development.

On the Common is a Memorial to William Thomas Green Morton (1819-68), given by the dentists of America to honor the man whose experiments with ether first made possible anesthesia during surgical operations. A dentist, he started the experiments to enable him to extract deep roots of teeth, working with Dr. Charles T. Jackson, a dentist. Dr. Morton did his first tooth extraction with ether on September 30, 1846, and a month later gave a public demonstration, administering ether at the Massachusetts General Hospital for a major operation. Dr. Morton was born in Charlton.

The Masonic Home, north of the Center on a broad hill, is one of the finest of fraternal homes for the aged in New England. It was originally built for a hotel. On Main Street, just south of the Center, the old Burying Ground (1750), now called Bay Path Cemetery, contains three Photograph Stones headstones provided with small glass-covered niches in which were placed daguerreotypes of the deceased. Once the vogue, few of these curious stones now remain. Here also is the 'Grizzly' Adams Headstone, beneath which one of P. T. Barnum's bear-tamers was buried after a disastrous encounter with Bruin. The great showman himself ordered the stone, and had it decorated with a carved bas-relief of Grizzly Adams in buckskins, standing with one hand resting trustfully on the shoulder of a bear presumably not the one that did away with him.