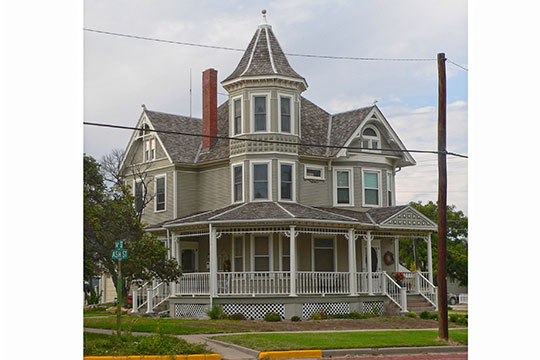 Fort Hays was established in 1868 to help protect westward moving settlers and railroad workers. The city came to life on the Kansas plains in August of that year. In 1869 the famous James B. (Wild Bill) Hickok served briefly as sheriff of the town of numerous saloons and dance halls. The Numerous homicides through the late 1800s earned the town a reputation as the most violent on the Kansas frontier. When Hays City was organized in 1872, Boot Hill was already well-populated. Early town residents included a number of other "wild west" characters including Calamity Jane and Buffalo Bill Cody. In the mid 1870s the railroad continued westward and the former rail terminus saw the exodus of teamsters, railroad workers, soldiers and others, following the tracks in search of their fortunes. [1]