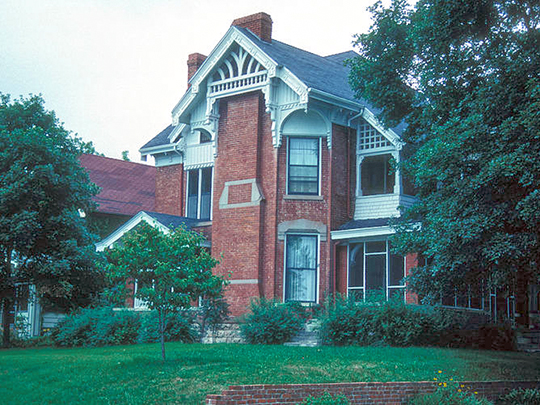 The county is named for Missouri's U.S. Senator David Rice Atchison [1807-1886]. When the Kansas Territory was opened for settlement in 1854, the townsite of Atchison was founded by Senator Atchison and friends. [www.kshs.org, accessed May, 2014]