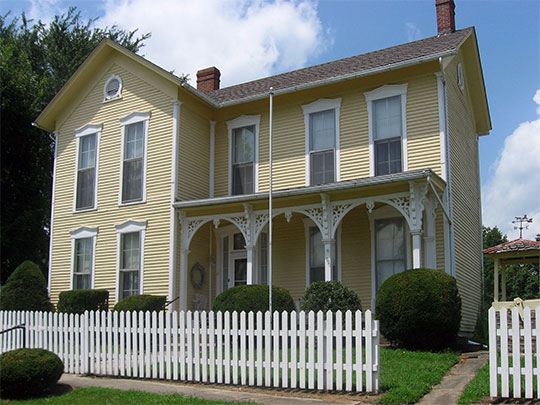 Gosport is a quiet village directly on the Ten O'Clock Line, established by the terms of a treaty between William Henry Harrison and the Indians at Fort Wayne in 1809. Platted in 1829, Gosport was once a prominent shipping point for the flatboat trade that flourished on the White River. A large pork-slaughtering house also carried on a great volume of business here. The village subsequently declined and is now largely residential.

The White River, which marks the Owen-Monroe County Line at the southeast edge of Gosport, is crossed by a bridge, half of steel girders and half of the wooden covered type. Each half was built according to the preferences of the county in which it stands.