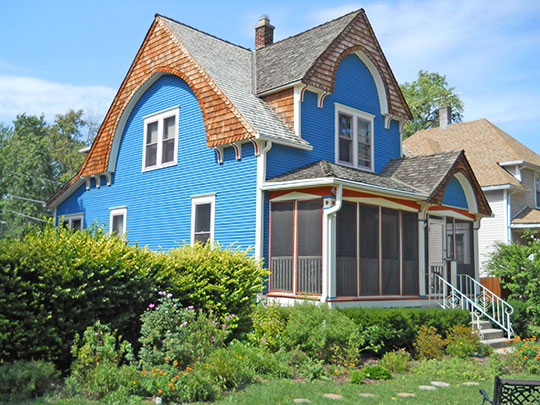 Maywood Village is located within the Township of Proviso.

Maywood's early settlement follows typical settlement patterns in the Chicago area. The first settlers to what is known today as the village of Maywood came after the close of the Blackhawk War in 1832. They purchased land from the U. S. government and established farms. In 1850 the new residents, mainly from New England with recorded names that were mostly English and German, banded together to establish a township government, naming the township Taylor. The name was subsequently changed to Proviso after the Wilmot Proviso, which was a Congressional amendment prohibiting slavery in the new territory.

During the early settlement period the major east-west thoroughfares through the area were the Elgin Road (today Route 20, Lake Street), leading to Elgin and the St. Charles Road, leading to Geneva. About 1848-1849 the Galena Division of the Chicago and North Western Railway began service, with tracks running between Lake Street and St. Charles Road. This railroad was the first rail line to be built west from Chicago. Known originally as the Chicago and Galena Union, it was constructed for the purpose of bringing lead ore to Chicago from Galena.

The area was farmland, and it remained intact in the 1840's and 1850's though the property next to the railroad was divided into smaller parcels and changed hands often. These were often the sites of taverns and stage stops. Records show a tavern house known as the Gates Cottage in 1846 at First Avenue and Lake Streets. There was a small schoolhouse that was built in 1860 at what is today Ninth and Chicago Avenue, now the site of Lincoln School. Up until 1868, the area that was to become Maywood was like any midwestern settlement area, but because of its proximity to Chicago and its location in relation to the train, the Elgin Road and the Des Plaines River it was ripe for development. There are no identified structures remaining from this early settlement period.