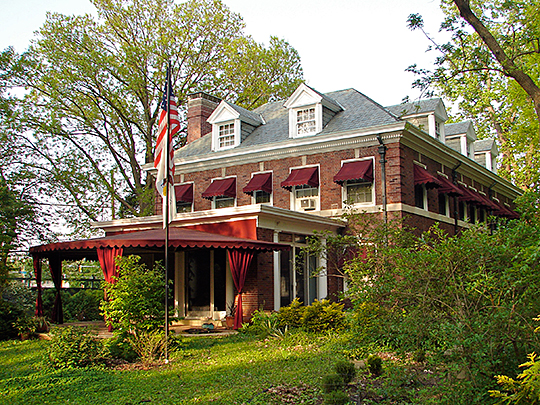 In 1833 Urbana was established as the county seat. During the next twenty years the county was uniformly settled. In 1854 the Illinois Central Railroad tracks from Chicago were completed to Urbana; the location of the line and the depot was two miles west of the existing settlement. A new town, "West Urbana," was platted to the railroad base line, and the economic advantages of the location generated an immediate, rapid growth. "West Urbana" mushroomed sufficiently to thwart the older town's annexation efforts in 1855, and in 1860 became the independently incorporated City of Champaign.

In 1862 Congress approved the Merrill Act providing for state land grant schools "to teach such branches of learning as are related to agriculture and mechanical arts," and after consideration of offers from various competing cities, the Fuller Bill designated Urbana as the site for the State University. The Industrial College was formally opened in the Urbana and Champaign Seminary building in 1868.

From that time forward the towns continued their steady growth in even proportion with the rising registration of the University, and with the increasing demands of the surrounding county market populations.