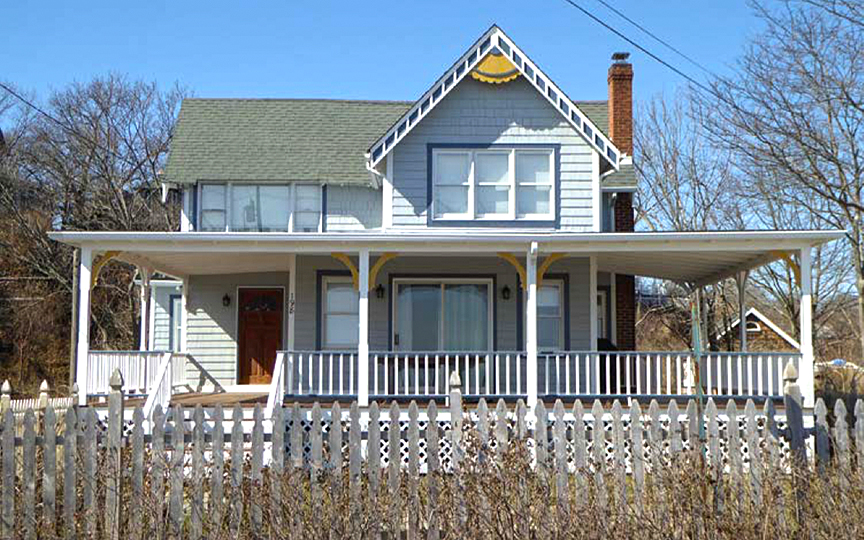 The Short Beach Historic District [†] is a quiet and compact shoreline community in the Town of Branford, Connecticut, which began development as a local seasonal destination during the late nineteenth through the early twentieth centuries because of its scenic natural qualities and recreational opportunities. It is nestled along Granite Bay in Long Island Sound at the southwest corner of town, directly east of the East Haven / Branford town line in southern New Haven County, Connecticut.

The District represents Connecticut's coastal recreational development along the Long Island coastline. Its location and natural landscape provided the impetus for initial settlement as early property owners constructed dwellings to take advantage of the scenic views and recreational opportunities including swimming, boating, and fishing. The natural environment resulted in a compact neighborhood comprised of full-time and part time residents. Short Beach's year-round population was confined within the historic district boundaries based on a review of historic maps, aerial photography, and census records. Cottages were constructed that could support both permanent and seasonal visitors during a period within which attitudes were changing regarding waterfront use and recreation.

Early development is characterized by the construction of residential dwellings for seasonal use during the spring and summer months. Changing ideas about the appropriate use of the waterfront, population increases, and evolving expectations about leisure and recreation contributed to the growth of residential neighborhoods along Connecticut's shoreline. Connecticut, like most of the Northeast and Mid-Atlantic states, experienced a sustained economic expansion after the Civil War, which created a new class of industrialists, bankers, and insurance company executives. This wealthy class enjoyed previously unattainable leisure time and sought out new venues for travel and recreation. The economic and social elites of Connecticut's industrial cities of Bridgeport, Hartford, Meriden, and New Haven flocked to the scenic Connecticut shoreline communities along Long Island Sound.

Branford's initial settlement began in 1638 along the Branford River. Short Beach is 2‑1/2 miles from the town center, and while the earliest extant building in the district was constructed in 1860, a significant concentration of dwellings was not present until the 1870s. Documentation of Short Beach's land development prior to the late nineteenth century is found in historic maps. The 1852 Whiteford map of New Haven County records one building belonging to "Bradley" in Short Beach The 1868 Beers map of Branford, which identifies the area as Scotch Cap, depicts the Bradley property now labeled "W. Bradley." Two buildings, labeled Montrose House and W.H. Doolittle, are located to the southwest.

The District has an association with the career of Ella Wheeler Wilcox, a noted poet, author, and playwright during the late nineteenth and early twentieth centuries. While she lived in Short Beach between 1891 and 1919, Wilcox was a driving force in the neighborhood's social and recreational scene. She particularly influenced the community's arts scene, leading to an increase in the number of visual and performing artists, artistic events, and entertainments while she was in residence. Although many of these activities occurred before she began vacationing in Short Beach during the 1890s, they intensified after 1906, when she made Short Beach her permanent home.