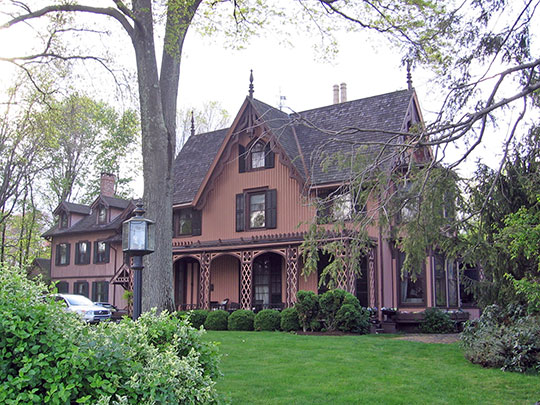 Originally known to the Indians as Uncoway (corrupted to Unquowa) the fertile fields of this area first came to the attention of Yankee pioneers July 13, 1637, when a band of Connecticut troops under Roger Ludlow pursued the fleeing Pequots from their burned fort in Mystic to their doom in the Great Swamp Fight. Two years later Ludlow returned with a party of settlers from Windsor, who were later joined by colonists from Watertown and Concord.

The land was twice purchased from the Pequonnock Indians, on May 11, 1639, and on June 24, 1649; a quitclaim deed was obtained from the Sasco Indians, February 11, 1661. Named possibly in a descriptive sense, or for Fairfield in Kent, England, the settlement soon received a patent. Anticipating the confiscatory methods of Sir Edmund Andros, who claimed all unoccupied lands for the Crown, the territory was divided into lots which ran from the shore inland for about ten miles. As each settler's house occupied lands the front lot, the landholder maintained that the whole was occupied. All measurements were calculated down to the inch, showing an unusual accuracy for that day. A mile of common was reserved in the center of the township, where the village of Greenfield Hill would come to stand. There, 'train bands' were drilled under officers who had fought in all the Indian wars. Much of the original town area was subsequently annexed by neighboring towns.

Fairfield had a good harbor at Black Rock, later a part of Bridgeport. The average farmer tilled at least 150 acres of fertile soil, valued in the early 19th century at $100 an acre.

Fairfield early became a center of vigorous intellectual life. Here lived the ancestors of the brilliant Joel Barlow, who studied law here and was admitted to the Fairfield bar. Dr. Sereno Dwight, president of Hamilton College, and Professor Benjamin Silliman, who has been called 'the Nestor of American Science,' were also residents. Numerous jurists and men prominent in military affairs made their homes in Fairfield and their guests included eminent scholars and statesmen.