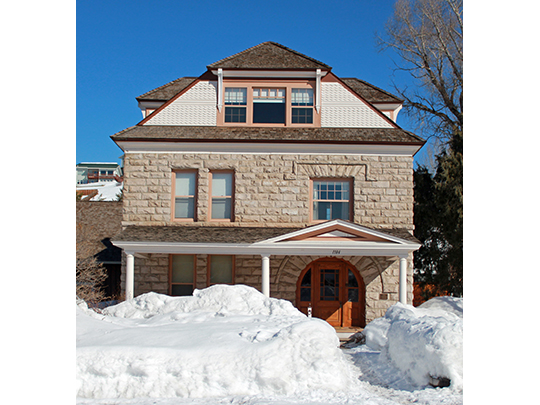 Although the Yampa Valley was home to the Ute Indian for many years prior, the town of Steamboat Springs, which lies within this valley, was officially incorporated in 1900. James H. Crawford, known to many as the founder of Steamboat Springs settled here with his family in 1876 and became the town's first mayor after its inception. Growth in Steamboat Springs was slow in the beginning due to transportation difficulties, challenges with growing crops, and early apprehension among settlers of conflicts with the Indians. Less than a dozen families lived in the town in the late 1800s.

The farming and ranching industry dominated in the area until the early twentieth century when the commercial industry also began to thrive due to the growing population and increase of travelers. F.M. Light and Sons Clothiers, the First National Bank, and the Steamboat Springs Steam Laundry began during this time. The long distance phone line completed in 1900 connected Steamboat to Denver and other Colorado communities, and was a sign of the expanding popularity of this northwest Colorado community. Rumors of Steamboat's stunning scenery, abundant hunting and fishing, and therapeutic hot springs lured visitors from distant towns. At this time, travelers to the area could go by train to Wolcott, and then transfer to the stage line for a two-day trip north to Steamboat Springs.

The first passenger trains came to Steamboat Springs in January of 1909 with the Denver, Salt Lake and Pacific Railroad bringing many more visitors and their money to the valley and sparking an economic boom for commercial industry. The Cabin Hotel, a 100-room hotel built with therapeutic hot springs pools, was erected at this time in response to increased market demands from tourists as well as residents in Steamboat Springs and nearby towns in the county. The population of Steamboat Springs increased to roughly 2,000 people by 1910.