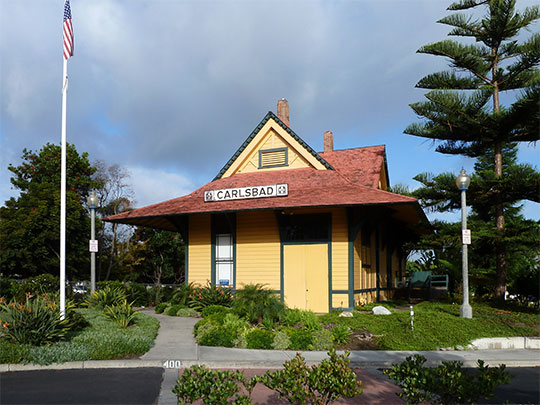 The City of Carlsbad is a coastal community located in the northwestern corner of San Diego County, California, approximately 35 miles north of downtown San Diego and approximately 90 miles south of downtown Los Angeles. It shares borders with the incorporated cities of Oceanside, Vista, San Marcos, and Encinitas and a small unincorporated area of the County of San Diego. The City first developed around the turn of the century as a rail stop on the southern side of the Buena Vista Lagoon, taking its name from Karlsbad, Bavaria, because of the quality of the mineral waters found in both cities. From its inception, until well after incorporation as a general law city in 1952, Carlsbad existed as a quaint village-by-the-sea. However, following a series of annexations begun in the 1960s the City began to grow gradually in area and population. [City of Carlsbad, General Plan Vision and Introduction, 2004, www.carlsbadca.gov, accessed December, 2013]