Arts and Crafts Movement in the U.S. 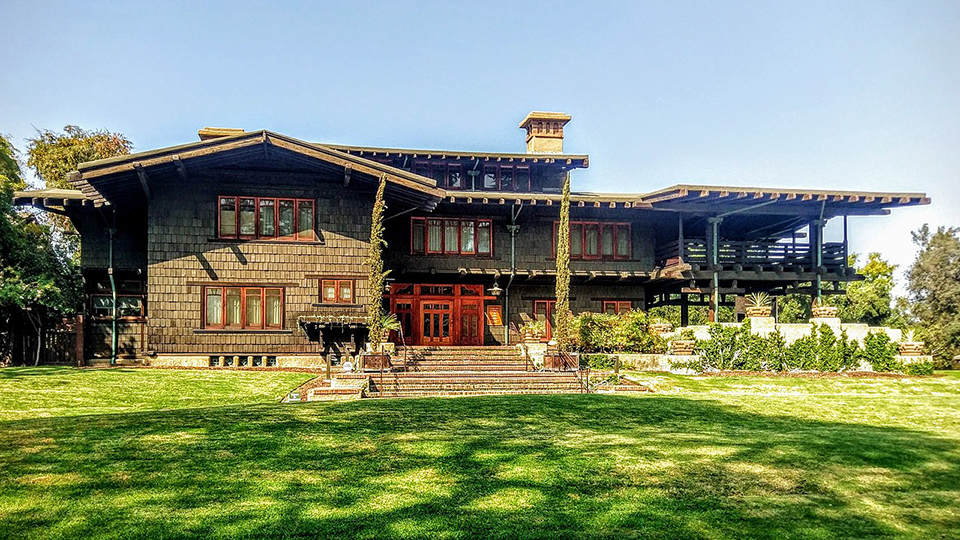 Originating in England, the Arts and Crafts Movement [1] in the U.S. owed much to its British counterpart while taking on a distinct identity as it evolved. To be sure, the American Arts and Crafts philosophy was premised largely on the works of William Morris (1834-96), a British designer, artist, poet, and politician who drew many of his own aesthetic and ethical ideals from the works of eminent art critic and Oxford professor John Ruskin (1819-1900). In accord with Ruskin, Morris asserted that the arts and trades had lost much of their integrity with the advent of industrial production. Likewise, labor itself had been stripped of its intrinsic rewards since creative expression and hand craftsmanship had given way to division of labor and repetitive mechanical tasks. The Arts and Crafts movement in England thus called for a return to simple, handmade goods and works of art—both for the benefit of the producer and the consumer. In keeping with his populist political agenda, Morris focused his message on art forms that were accessible to all: the so-called lesser arts, or crafts, such as carpentry, masonry, pottery, weaving, and metalwork. With respect to the craft of architecture, the Arts and Crafts philosophy emphasized the virtues of handcraftsmanship, creativity (as opposed to mere duplication of precedent), and rational, honest construction that expressed the nature of the materials employed. It also promoted the use of local materials and region-specific design. In its reaction against industrialism, the Arts and Crafts movement identified itself with the preindustrial medieval world, looking to the middle ages not only for its aesthetics but also for its social structure. The movement duly adopted the medieval guild system as a model for its early institutions in Great Britain, resulting in the formation of organizations such as The Century Guild, the Art Workers' Guild, and the Arts and Crafts Exhibition Society during the 1880s. These were instrumental in disseminating the theory and practice of the movement throughout and beyond England.

The Arts and Crafts philosophy spread to the U.S. through the widely published works of Morris and Ruskin, and through British periodicals such as The Hobby Horse, issued by the aforementioned Century Guild. Soon, America formed corresponding institutions, beginning with the Society of Arts and Crafts founded in Boston in 1897. Other cities quickly followed suit, including Chicago in 1898. Influential magazines promptly emerged in the 1890s as well, such as International Studio and The House Beautiful. These societies and publications did much to promote and direct the movement in America. On a national scale, however, the American Arts and Crafts found its dean in the person of Gustav Stickley (1858-1942), a Wisconsin-born furniture-maker and former stonemason who espoused the ideals of Ruskin and Morris and dedicated himself fully to the Arts and Crafts ideology following a transformative trip to England and Continental Europe in 1898. Upon his return, Stickley gained substantial fame in 1900 through a widely publicized exhibition of simple, bold, medieval-inspired wood furniture in Grand Rapids, Michigan. Soon thereafter, in 1901, Stickley adopted the guild model for his own Syracuse-based furniture company, renaming it United Crafts. And in October of that same year, Stickley debuted his magazine The Craftsman—a pivotal contribution to the Arts and Crafts movement in America. Indeed, The Craftsman, which remained in print until 1916, emerged as an authoritative voice on all aspects of the Arts and Crafts movement in America, from design, to domestic life, to politics.

Although Stickley was not originally an architect, his magazine had a prodigious impact on American residential architecture beginning in 1904, with the addition of "The Craftsman Home Builders' Club," a new component of The Craftsman which offered at least one new Craftsman home design in each issue of the magazine; free construction documents were available to subscribers. Devised in collaboration with architect Harvey Ellis (1852-1904), the Home Builders' Club reflected Stickley's conviction that his furniture needed a complementary architectural backdrop—a belief stemming from the broader Arts and Crafts virtue of 'total design,' according to which all contents of a building (and especially a home) should be aesthetically coordinated with each other and with their surroundings.

It was with Stickley's foray into architecture, assisted by Ellis, that many typical features of the American Arts and Crafts home were established. Thus, the exteriors of designs from The Craftsman often included low-pitched hipped roofs clad in red or green clay tile, with wide overhangs, open eaves and exposed rafter ends; deep front porches with square or tapered piers; ribbon windows; and walls faced in natural, local materials. Interiors tended to include inglenooks and other alcoves with built-in seating; open floor plans; walls with high wainscoting surmounted by continuous bands of molding (sometimes capped by a continuous shelf supported by brackets) with plaster on the remaining height of the wall (sometimes embellished with murals); built-in servers in dining rooms; and prominent fireplaces (sometimes of brick or stone but often tiled).

Although it is not known how many homes were built from Stickley's magazine plans between 1904 and 1916, it is documented that more than 20 million dollars were spent on building houses from Craftsman plans in 1915 alone—a staggering number given the cost of a typical home in that year. The Craftsman Home Builders' Club thus undoubtedly exerted a significant influence on the architecture of the American Arts and Crafts movement—especially given the vast number of additional houses that took inspiration from Stickley's catalog.