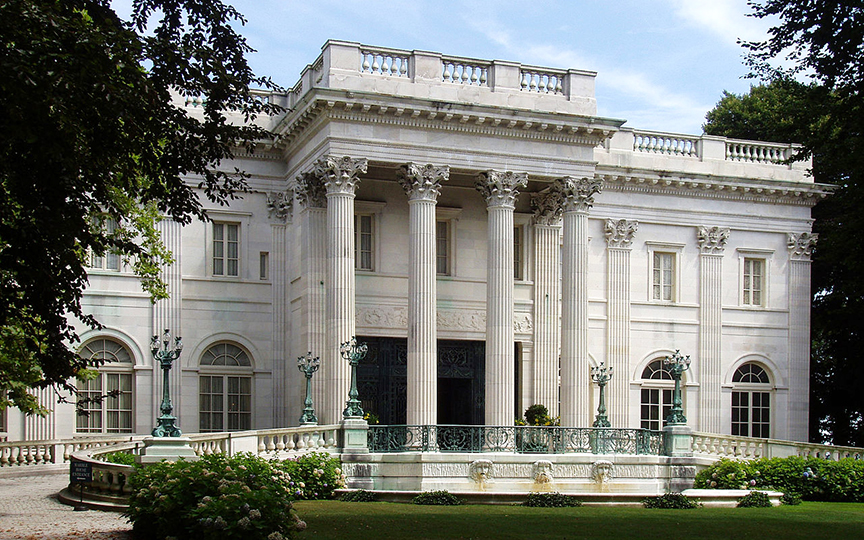 The Beaux Arts [1] is a classical style with the full range of Greco-Roman elements: the column, arch, vault and dome. It is the showy, almost operatic, manner in which these elements are composed that gives the style its characteristic flavor. General character-defining elements include:

Beaux Arts [2, 3], translated from French to "fine arts," was conceived more as a design theory than an architectural style; it was taught in the Ecole des Beaux-Arts method, or "School of Fine Arts," in Paris. In France, architectural study was included with the study of other fine arts, in the belief that painting and sculpture were integral to architecture.

What is considered a Beaux Arts style in America has its origins in the Ecole des Beaux-Arts, which "had an unrivaled reputation among schools of architecture." Among the Americans to attend were Richard Morris Hunt, Henry Hobson Richardson, Louis Sullivan, and Bernard Maybeck. The school had a competition for the Grand Prix de Rome, which assured the winner of many public commissions. The projects that won the prize were of grandiose nature and had elevation drawings "with plenty to look at in them." The style includes the design conventions recognized in that competition: balance and symmetry in architectural massing, Greek and Roman elements, combinations of columns and arches, grand stairways, paired columns, monumental attics, pronounced cornices, elaborate moldings and statuary. As the style matured in America, it became more "sedate." Following its origin, the Beaux Arts style is usually associated with larger buildings, often monumental public buildings.