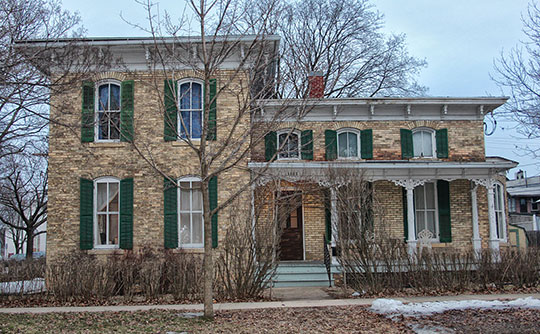 Brodhead [1] was first incorporated, as a village, in 1880; it was re-incorporated, as a city, in 1891. It was founded in 1856 and named for Edward Brodhead who was the chief engineer for the Milwaukee and Minnesota Railroad.

The Francis W. Smith house (photo) is an excellent, intact example of an Italianate house, constructed for a middle-class merchant in a small community settled by Yankees.

Brodhead contains many fine Victorian commercial and residential buildings, most of which are constructed of cream brick. Of the brick residences, the Smith house is one of the best, both in the craftsmanship of the masonry and woodwork and in the preservation of its original fabric.