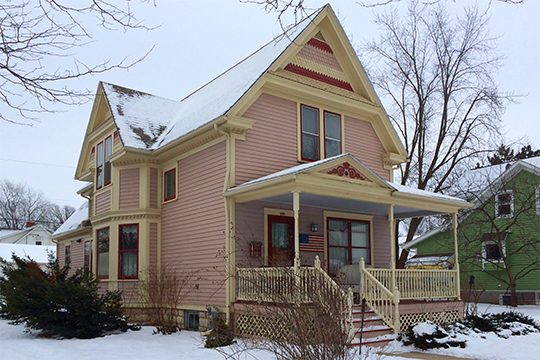 De Pere was incorporated as a village March 6, 1857, although the first plat of the town was made under authority of the De Pere Hydraulic Company in 1835. In 1837 De Pere became the county seat and a courthouse was built on the northeast corner of Wisconsin and George Streets. The seat of government was moved to Green Bay when it was incorporated in 1854.