Photo: Homes in the Mills Place Historic District, Corsicana, TX. The Historic District was listed on the National Register of Historic Places in 1995. Photographed by user:Renelibrary (own work), 2012, [cc-by-3.0 (creativecommons.org/licenses/by/3.0)], via Wikimedia Commons, accessed March, 2015. 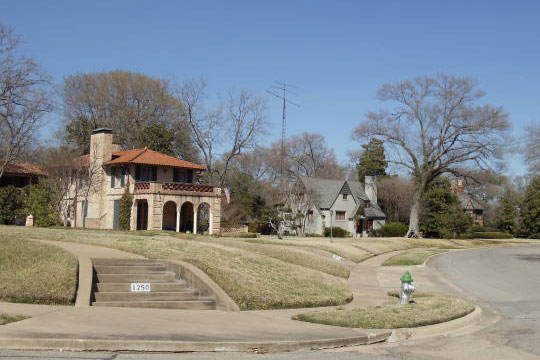 The City was established as the seat of government for Navarro County on its creation in 1848. David Mitchell donated 100 acres for a townsite and partnered with Thomas Smith in platting the area and selling lots. The first courthouse was built a year later, a log structure which served for four years until a frame building replaced it in 1853. Courthouse Square attracted a large number of business establishments and by 1855, the town's first newspaper, the Prairie Blade. [City of Corsicana, History, www.cityofcorsicana.com, accessed March, 2015]