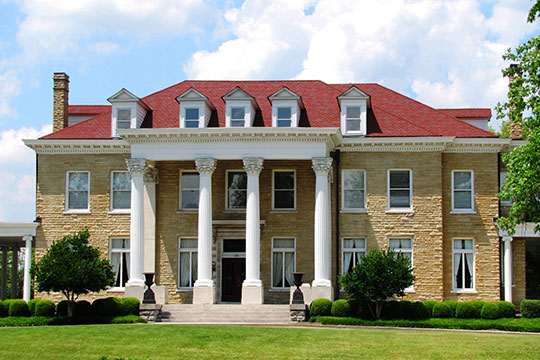 The first person to settle on the site that would become Lebanon City was Neddie Jacobs. In 1800 he built a log cabin and sustained himself and his wife by hunting and fishing. Some of the first houses to appear in the town were built by Thomas Impson, Edward Mitchell, Edmund Crutcher and James Anderson. Dr. Henry Shelby built the first brick house in 1812, the same year in which a Methodist Church was erected. John Allcorn served as Lebanon's first postmaster. The town was incorporated in November, 1807. A newspaper, the Lebanon Gazette was established in 1818.