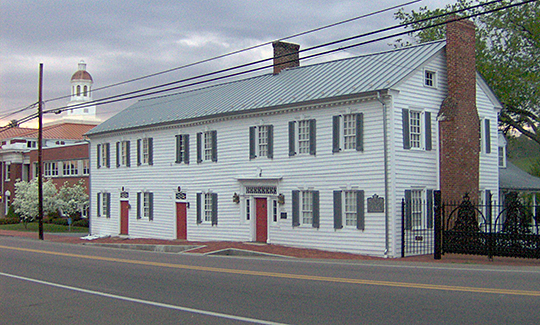 Blountville is the only unincorporated Tennessee county seat.

The County Seat was laid off as a town in 1795. The first courthouse was built of massive logs with a jail in the rear. A subsequent brick courthouse and jail later replaced it in 1825. The current courthouse was built in 1853. A fire destroyed nearly all its archives in 1863 when Federal forces attacked it during the Civil War in the Battle of Blountville. The courthouse was then rebuilt within those same walls in 1866, remodeled in 1920, and additions made in 1958.

Blountville is named for William Blount [1749-1800], a signer of the Declaration of Independence who served as a U.S. Senator from Tennessee from 1796-1797 — the first U.S. public official to be impeached.