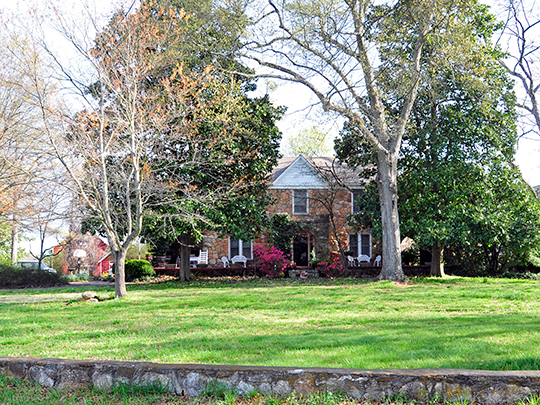 In the 1820s the area that would become Simpsonville was a stagecoach stop 12 miles south of the Greenville Courthouse. It was operated by Thomas Goldsmith. In 1836 Silas Gilbert opened a general merchandise establishment at the crossroads. In 1838 Peter Simpson set up a blacksmith shop; the same year a post office, named Plain was opened in a house occupied by Jarrett Cook.

The stagecoach stop evolved into a brisk village by the 1850s. After the Civil War (ca. 1870) a Baptist Church was established within the city limits. A high school was built in 1885 by Sidney J. Wilson, a native of North Carolina. Simpson laid out streets and surveyed lots and the name of the place (which had been alternately known as Plain and Simpsonville) was officially changed to Simpsonville. A Cotton Mill was built in 1908 which was the largest employer in the city until 1953. With access to Greenville water beginning in the 1950s, the area grew rapidly both in industry and residential developments. [City of Simpsonville, Simpsonville History, www.simpsonville.com, accessed March, 2012.]