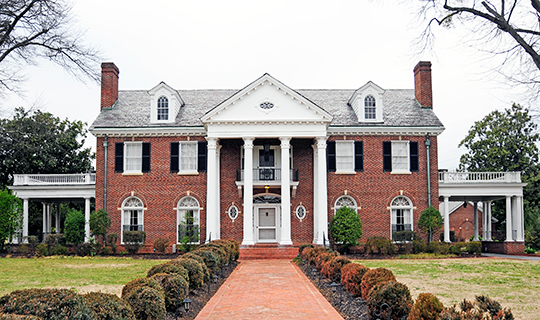 Greer was first established as Greer's Station in 1873 as a flag station along the Atlanta Charlotte Air Line Railroad. The town was officially incorporated as Greer's in 1876, but later became known simply as Greer. From the late 1870s through the 1890s, downtown Greer prospered in the cotton trade and the streets were lined with a wide variety of businesses such as general stores, physicians, and other essential services. These and many early businesses in Greer were grouped in wood frame buildings around the Public Square and along Trade Street, the main business avenue leading from the rail depot. By about 1906, two new railroads, Southern Railways and Piedmont and Northern, constructed competing rail lines through Greer. Commercial activity eventually focused between the two tracks as businesses sought to have easy access to transportation for their products.

In the early twentieth century, the economic character of Greer changed. The textile industry, which traced its humble beginnings back to the early nineteenth century, began to expand rapidly, especially in the Carolinas and Greenville County. Within one hundred miles of the county seat of Greenville there were over 400 mills by 1930. In Greenville County alone there were 35 mills. Several mills began operation just outside of Greer between about 1896 and 1908, including Apalachee Mill, Victor Cotton Mill, Franklin Mill, and Greer Mill, but their presence nearby had a significant effect on the economy and appearance of downtown Greer.