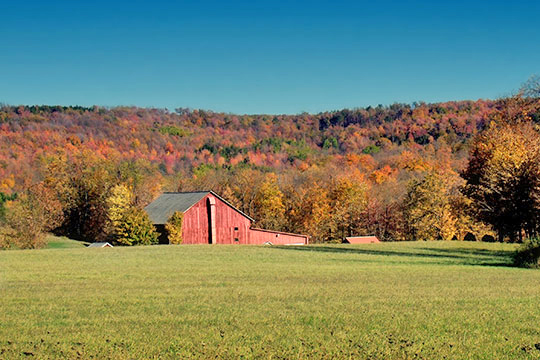 Erected from Shrewsbury Township in May, 1824, and named for Cherry Hill, a place within its limits. The first court in the county was held here, June 5, I848, and Cherry Hill remained the county seat Celestia, "God's Country" until 1850, when the seat of justice was removed to Laporte. Amos Ellis was the first permanent settler in 1816, and the little settlement was first known as New Thurington. The next settlement was at Sugar Hill, when Andrew Shiner built a sawmill on Birch Creek, in 1818. The Bernice semi-bituminous coal district surrounds the area, making this the wealthiest township in the county. Copper ore has also been found.

Borough of Dushore and villages of Bernice, Mildred, Cherry Mills, Satterfield, Foley's Corners, Huntsinger's Corners, Shinerville, Overton, and part of Murray. Andrew Shiner founded the village which takes his name in 1823. Cherry Mills derives its name from two mills on Little Loyalsock Creek, and when the post office was established in 1878, C. S. Sick postmaster, he named the place. P. W. Huntsinger's sawmill and store made the settlement of Huntsinger's Corners. Satterfield was first called Dohm's Summit, afterwards named in honor of John Satterfield, a principal official of the Williamsport and North Branch Railroad; the village is situated at the junction of that road and the State Line and Sullivan Railroad. Bernice was named in honor of Mrs. Bernice Jackson, wife of Hon. George D. Jackson, one of the leading men in the industrial life of that region. Seat of semi-bituminous and coal-mining region. Mildred adjoins Bernice, and is also a mining town. It was first called Birch Creek, when laid out in 1870. John Schaad was the pioneer settler, tavern keeper and distiller. Population in 1940 was 2134.