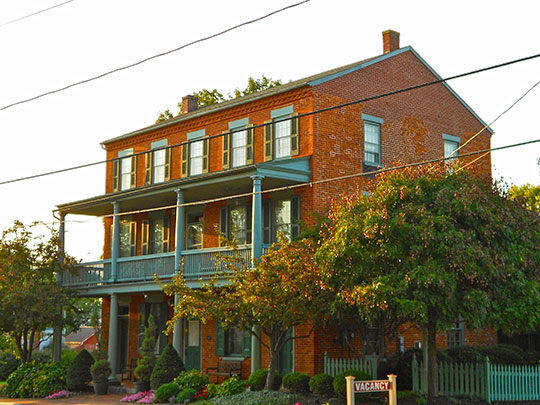 Bird-in-Hand, a linear village at the west end of the township, is seven miles east of Lancaster City and thirty miles west of the Chester County line. The Bird-in-Hand Hotel and the village owe their existence to their location on an ancient road, earlier an Indian path. Following the organization of Lancaster County in 1729, it became necessary for the Governor and Council to order the laying out of a road from Philadelphia to Lancaster, the growing town at the edge of the frontier. Accordingly, a "King's Highway, was laid out in 1730 and opened in 1733, the earliest direct route from the town of Lancaster to the "High Road" in Chester County and, thence, to Philadelphia. It was known for a time as Bird-in-Hand Turnpike in the 19th century. [‡]