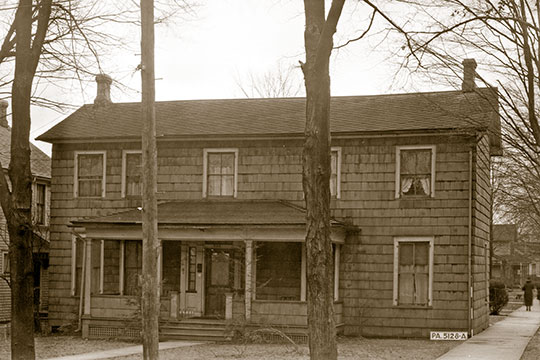 Titusville, Crawford County's second city, was named for Jonathan Titus, surveyor for the Holland Land Company. In 1796, Titus, along with Samuel Kerr, settled what would become known as Titusville. Titus planned the layout of the town in 1809, by 1816 the town had its first store, and by 1847 Titusville was incorporated.

Before Edwin Drake hit oil just south of town, Titusville's main business was lumber. After the oil rush began, Titusville industrialized at breakneck pace. In 1860, the Titusville Iron Company, the city's first foundry, opened. By 1878, E. R. Young & Sons Machine Shop was meeting the equipment repair and construction needs of oil prospectors and refiners and in 1884, the Cyclops Steel Works had opened, producing specialty steel. All these industrial enterprises relied on the bounty of oil being drawn up from the lands around Titusville. All these would suffer with Titusville the ravages of nature's course through a landscape made unnatural by unbridled development.