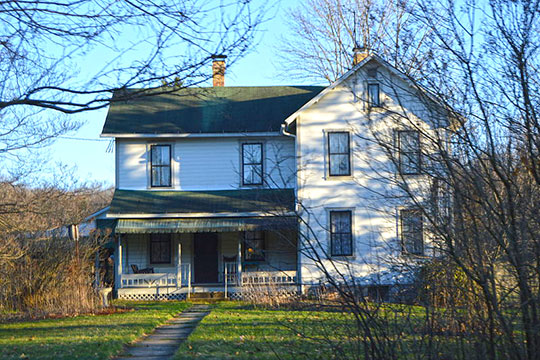 Formed March 26, 1804; named by the first settlers from a cleared field in the forest made by the Indians, site of "Chingleclamouche's old Town," said to have been the most considerable Indian village on the upper West Branch of the Susquehanna, now Clearfield Borough. The whole county is a continuous prospect of intensely picturesque scenery; surface mountainous, with ranges broken into innumerable, irregular spurs, indented by streams; from many hilltops views of the greater part of the county may be seen; the " Knobs," its loftiest summit, is constantly in view, and the intermediate country, a panorama of natural beauty, ever changing in atmospheric effects; all the creeks, tributaries of the West Branch of the Susquehanna, have scenery which beggars description, a veritable feast for the painter, poet, and romancer; Moshannon and Clearfield Creeks had their beaver dams.