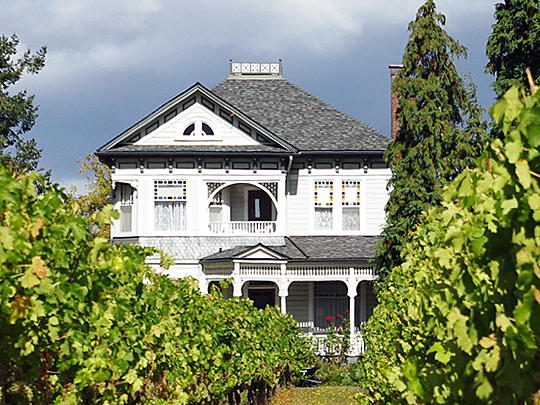 Yamhill County was established in 1843 and named for the indigenous Yamhill Indian population who lived around the Yamhill River. Early white settlers began coming to the area about 1814; these were mostly employees of various fur companies. [arcweb.sos.state.or.us, accessed January, 2014]