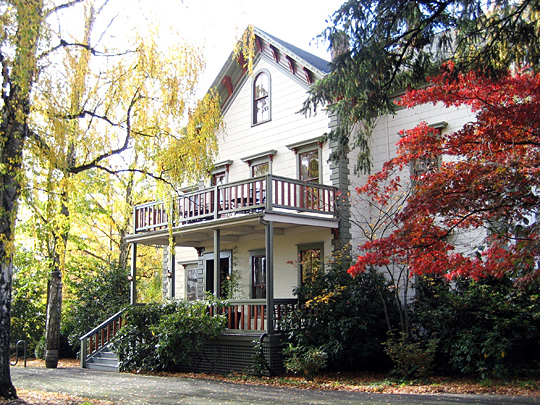 Hillsboro, seat of Washington County, was the first seat of the Tualaty District. At its settlement in 1841 the neighborhood was known as East Tualaty Plains, but David Hill, who settled here in 1842 named the new village Columbia. Later it was changed to Hillsboro by the first County Court. Many of the men who participated in the formation of a civil government resided in or near this community.

Hillsboro is a commercial center, and a shipping point for both wheat and milk products. It has two chief industries, a milk condensing plant, and one of the largest canneries and fruit processing plants in the state. Thirteen churches are supported by this small city.

In Calvary Cemetery are buried David Hill, the founder of Hillsboro, and the Reverend John S. Griffin, who established the first Congregational Church of Oregon.