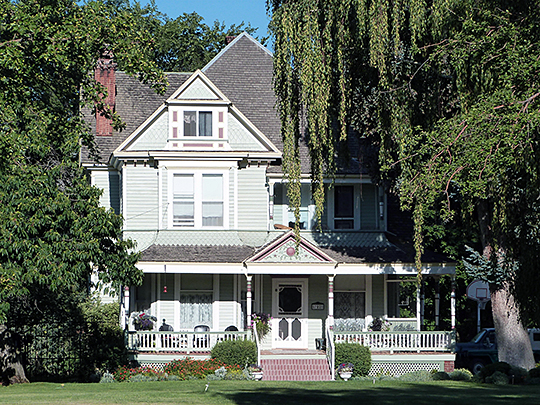 The county was created in 1864 and a courthouse was built on the southeast corner of 1st Street and B Avenue on the former site of town founder Ben Brown's log cabin tavern. During its first year the lower floor was used as a print ship by the Democratic Grande Ronde Sentinel and the Republican Blue Mountain Times, the city's first newspapers; county offices were on the second floor. Later the second story was used as a schoolroom and sawdust was spread on the floor so that the noise of the children's feet would not disturb the county officials on the floor below. After the removal of the county seat to Union in 1874, the building was used as a church, as a store, and since 1876 as a residence. The county seat was returned to La Grande in 1884. [1]