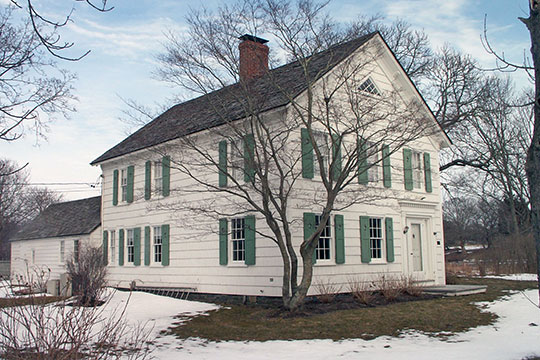 Gardiner's Island had been purchased and was settled by Lion Gardiner in 1639. Southampton and Southold were settled in 1640.

At what precise date the first inhabitants of this town planted themselves upon the soil is not known. It was probably in the spring or summer of 1649. The earliest instrument I find on record indicating their residence here is a letter of attorney from John Hand in relation to some lands in Stanstede, in Kent, England; it bears date Oct. 31st, 1649.

As many of the inhabitants came from Maidstone, in the county of Kent, in England, they first called their plantation by that name. As early as 1650, and within a year from the first settlement it is mentioned on the Records by its present name.

At the time of the first occupation of this new territory the Indians were numerous, and situated on every side. On the East, at Montaukett, the Royal Wyandanch swayed the sceptre. On the North, at Shelter Island, his brother, Poggatacut, ruled the tribe of Manhassetts; and a third brother, by the name of Nowedinah presided over the destinies of the Shinecock tribe. Little or no intercourse was held between East Hampton and Southampton through the unbroken wilderness which intervened.