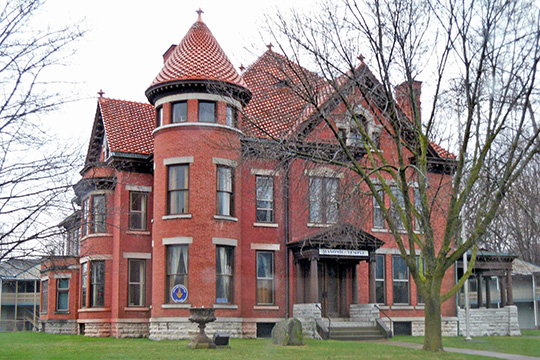 The Village of Oneonta was incorporated in October of 1848. It was subsequently incorporated as a city in 1908. Oneonta is home to Hartwick College, founded in 1928, and the Oneonta Normal School (now the State University of New York at Oneonta).

The area now designated as the city and town of Oneonta is located on the north bank of the Susquehanna River in south-central Otsego County. The region was lightly settled in the pre-Revolutionary period by people descended from the Palantine Germans who came to America during the first decade of the eighteenth century, living first at Livingston Manor and later along the Schoharie Creek and Mohawk River Valleys. Their scattered farms in the Oneonta area were abandoned during the Revolution. In the 1780s and 1790s some of the settlers returned to the region, where they were joined by many participants in the New England out-migration of the period, who also cleared land established farmsteads.

Gordon's Gazetteer of 1836 ... was the first of numerous N. Y. State gazetteers to note Oneonta's position at the meeting of several valleys, which provided very accessible transportation corridors extending to all compass points except the south, where Franklin Mountain presents its steep face to the valley.