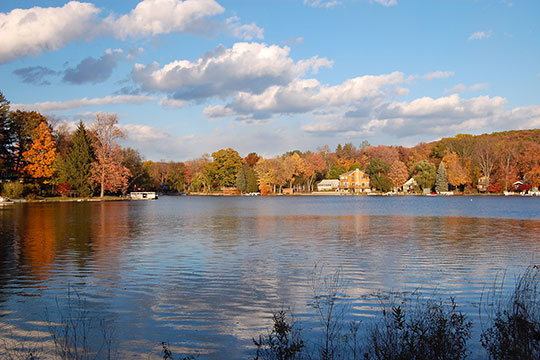 The Greenwood Lake area was originally settled by farmers in the 18th century. A village began to develop in the mid 19th century, platted by Solomon Caldwell. The village was incorporated in 1924.