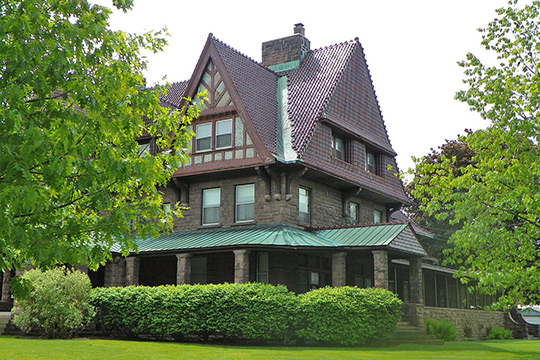 The City of Watertown was incorporated in 1869. The city straddles the Black River. Its first mayor, G. W. Flower, served in that capacity through 1871. It is located along the Black River, which has its source in the Adirondack mountains, particularly a small lake in Hamilton County, about 100 miles distant. First settlers here were Henry Coffeen (originally of Vermont) and Zachariah Butterfield (originally of New Hampshire) who came from Schuyler and Oneida counties about 1800. Hart Massey soon followed, built a house on Washington Street to which he moved his family in 1801. The lands of these first settlers cornered on what is now public square (See Public Square Historic District).

Surveyor Benjamin Wright gave the area the name Watertown in 1796, from the fact that within its boundaries he found what he then regarded as several of the most natural water privileges (locations advantageous to using water for mechanical power) in all of northern New York.