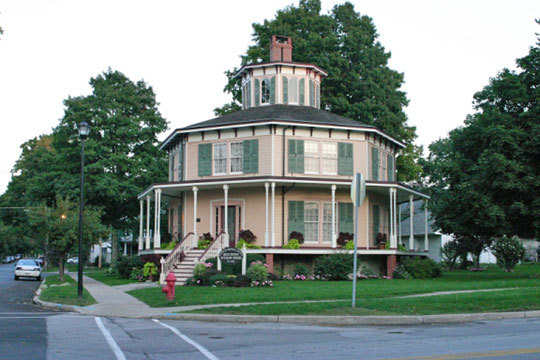 Settlement of Akron began about 1829 when Jonathan Russell began clearing land for his home and general store, a school and a cemetery. The name, meaning "a high place," was surely chosen for the high elevation at which the village is located, about 25 miles east of Buffalo. The early 1830s saw the village grow to include a hotel, grocery store, and its own physician, Dr. Isaac Parcell. Elijah Knight became the first mayor after the village was incorporated in 1849. By 1870 the population had grown to more than 1,000 inhabitants.