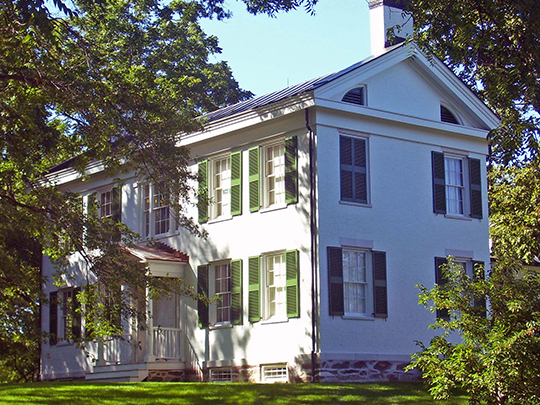 Claverack was formed as a district, March 24,1772. Hillsdale was taken off in 1782, and Hudson in 1785. It was recognized as a town, March 7, 1788. A part of Ghent was taken off in 1818. It lies near the center of the county. The surface in the western part is undulating, and in the east hilly. Claverack Creek, upon the western border of the town, and its tributaries, are the principal streams. The soil is a rich loam in the west, and a gravel loam intermixed with slate in the east. In the western part of the town, a station on the H. & B. R. R.; town contains 2 churches and the Claverack Academy and Hudson River Institute.