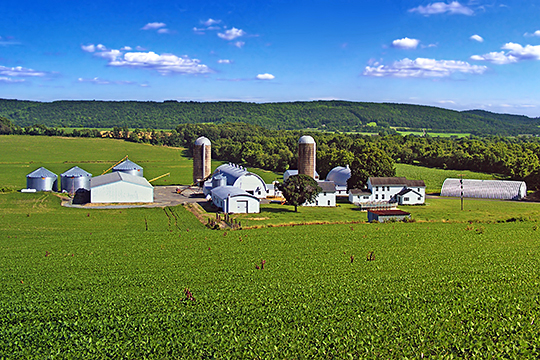 The earliest residents of Franklin Township were Paleo-Indians, who settled along the Musconetcong in a sub-arctic climate during the final retreat of the Wisconsin Glacier, 12,000 years ago. They hunted elk, caribou and other mammals no longer found in the region. Melting ice sheets of the Wisconsin Glacier spilled out into extensive wetlands on both sides of the river

Evidence of their presence in the valley was documented at the Plenge Site, which is located near the village of Asbury in Franklin Township. The Plenge Site was the first of only two major Paleo-Indian archaeological site excavations in New Jersey, and it is considered to be one of the most important in the northeastern United States. The Plenge Site is eligible for National Landmark designation study.

Gradually, over thousands of years, climate moderated, eastern deciduous forests evolved and the Musconetcong River decreased to roughly its current size. The Leni Lenape Indians that settled along the rivers and streams of the region for thousands of years were declining in numbers, when European settlers arrived during the early 18th century.

The area of Warren County, which would later become Franklin Township was settled around the year 1740 by Scottish, Irish and German immigrants. Subsistence agriculture took root and the fertile limestone valleys were cleared for croplands. Eventually, subsistence agriculture evolved into commercial grain and dairy farming.

It was in 1839 that the New Jersey General Assembly passed an act, which incorporated the Township of Franklin, in honor of Benjamin Franklin, from parts of Greenwich, Oxford, and Mansfield Townships.

Historically, settlement in Franklin has centered on the villages of Asbury and Broadway, and the hamlet of New Village. Asbury, located in the southern part of the Township, was settled before the Revolutionary War and until 1796, was known as Hall's Mills, after the Hall family gristmill that was built on the Musconetcong River in the late 1700's

It was in 1796 that a prominent landowner and businessman, Colonel William McCullough, was instrumental in having the village's name changed in honor of Bishop Francis Asbury who was a founder of American Methodism and who laid the cornerstone of the Methodist Church in the village. Asbury continued to grow during the early 1800's and expanded even further when the Somerville-Easton railroad extended its tracks and established a stop just south of the village in Hunterdon County. This station served as a passenger stop until 1970.