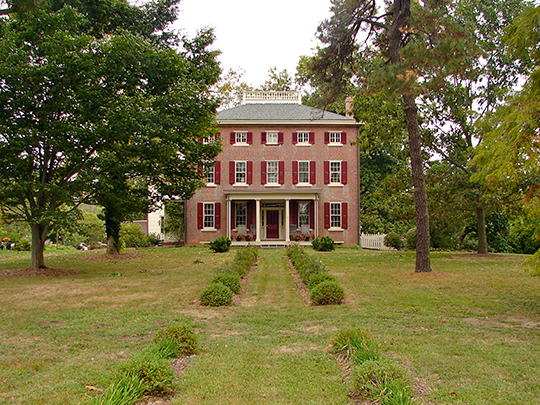 The first Europeans to disturb the peace of the Lenni Lenape tribes on the eastern shore of the Delaware River, within the area now called Salem County, were a small number of Swedes who came in 1638 arriving at Church Landing, where St. George's, a Protestant Episcopal Church was later to stand. Some Dutch also settled shortly afterward on this point of the Delaware River, and for a number of years both nationalities lived together in absolute harmony. Both were of practically the same religious faith. St. George's was then a Lutheran Church. In 1640 there was a small infiltration of Puritan English from the New Haven Colony, and shortly after, a small group of French Huguenots, and another of Finns, were added to the population. The Friends of Fenwick's Colony, who sought the shores of America even before Penn's schemes resulted in the settlement of Philadelphia, came in 1765. A German element was added to the population of the county early in the eighteenth century.