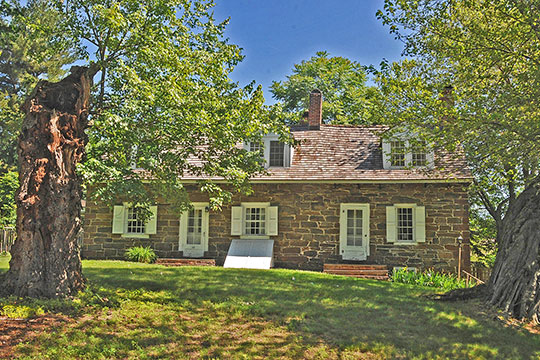 Upper Montville, the portion of the present township around the village of Montville, was first settled in the 1720s, although land transactions covering the area had been made since 1695. The locality was first called Uyle-kill, Dutch for "Owl Stream." Along the banks of the stream, Michael Cook erected a grist mill, perhaps as early as 1720. The mill was an important focal point for the growing community, as was a Dutch Reformed Church, organized in Pompton in 1736. A generation later, in 1756, another Dutch Reformed Church was established in Lower Montville, near a branch of the Rockaway River. In fact, the only houses of worship in either the area to become known as Montville or neighboring Peaguannock were Dutch Reformed Churches. This remained true until 1843, when the Methodists established a small congregation in Lower Montville.