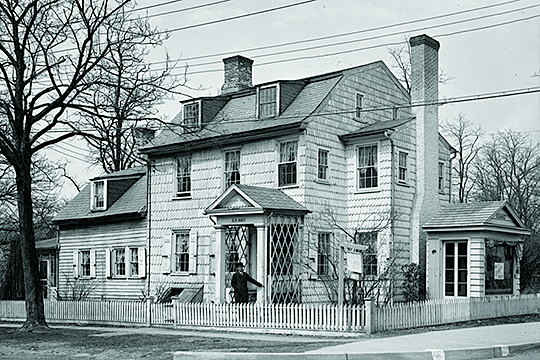 Shrewsbury was settled in 1665 at a crossroads called the "Four Corners" at the meeting of the Eatontown Turnpike and the Tinton Falls and Rumson Neck Road. A King's Highway was laid out at this point in 1685, crossing the corners. Shrewsbury was settled under terms of a patent granted by Governor Richard Nicolls of New York, with Judah Allen listed as a patentee, receiving 272 acres in 1670.