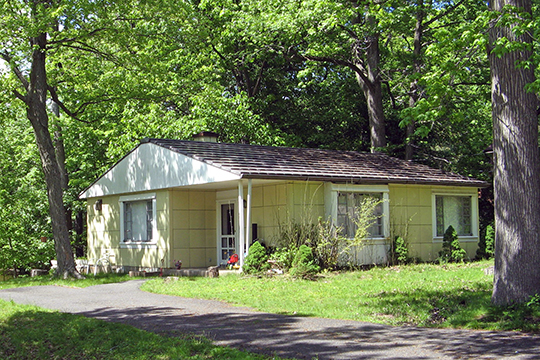 Alpine, population 521, is a tiny village largely hidden among the rocks and trees of the Palisades. Hundreds of Sunday afternoon hikers from New York City come here to follow the foot paths along the top of Palisades or trails along the [Hudson] river bank.