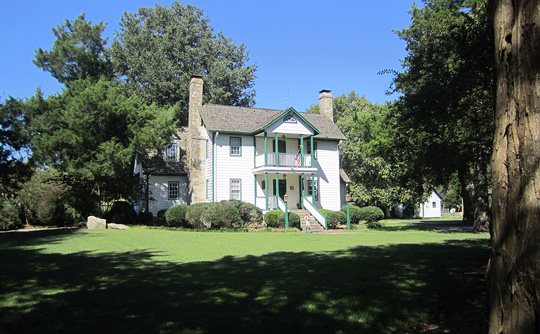 Named for Zebulon B. Vance, a North Carolina governor during the Civil War, the town was incorporated in 1907. Capitalizing on a 1906 decision by the Raleigh and Pamlico Sound Railroad to build a rail line through the area's dense pine forest, Edgar Barbee and Falconer Arendell organized the Zebulon company and platted lots, blocks, and streets. Thomas J. Horton was elected the first mayor of the town. [1]

Zebulon[2], in southeastern Wake County, is an early twentieth-century town with its roots in the railroad, which came through the area in 1907, the same year that the tiny place got a post office and incorporated as a town. By 1912, there were several stores, a couple of tobacco warehouses and mills, a hotel, a cotton market, a bank, and even telephone service. In 1916, Zebulonites voted for a bond to pave the streets. The town was growing at a fast clip—its population very nearly doubled between 1910 and 1920, when it neared one thousand residents.