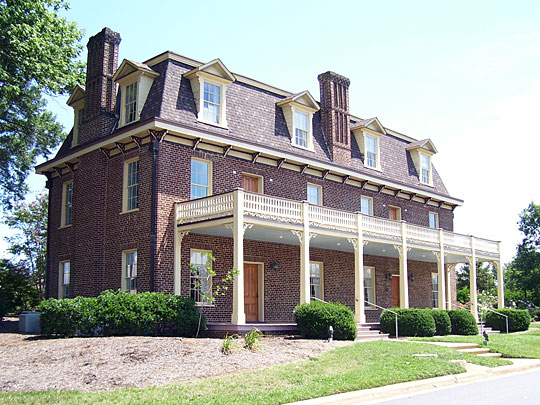 Today's Cary began in the 1750s as a settlement called Bradford's Ordinary. About 100 years later, the construction of the North Carolina Railroad between New Bern and Hillsborough placed Bradford's Ordinary on a major transportation route. Soon after, Allison Francis Page, a Wake County farmer and lumberman, bought 300 acres of land nearby and established a sawmill, general store, and post office. He called his development Cary after Samuel Fenton Cary, an Ohio prohibitionist, abolitionist, and Congressman whom Page admired. The Town of Cary was incorporated on April 6, 1871.

In 1868, Page built a hotel to serve railroad passengers coming through Cary. Page sold the hotel to J. R. Walker in 1884; meals and rooms were available to travelers until 1916. It later became a private residence but by the mid-1980s had fallen into disrepair.