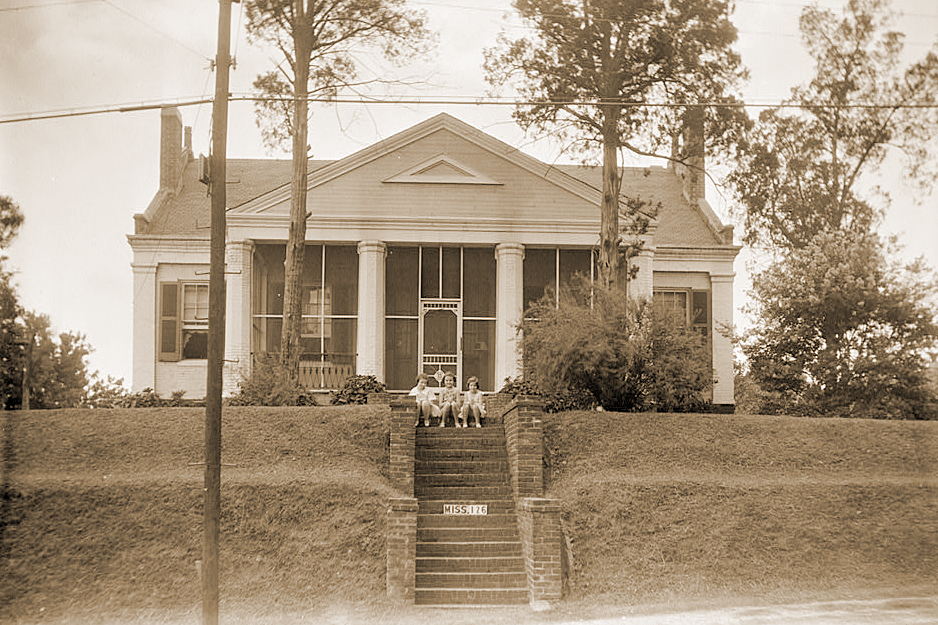 Vicksburg [1] is situated along the banks of the Mississippi River in the central part of the State on its western edge. The loess bluffs above the Mississippi helped to shape development patterns in Vicksburg. This topographic anomaly created steep hills and valleys throughout the region. Vicksburg was founded in 1811 and incorporated on January 29, 1825. At one time, "the towns of Warrenton, Walters, and Fostoria (also called Speeds) were incorporated municipalities. Warrenton is extinct, and the others are now part of Vicksburg." Today, Vicksburg is the only incorporated municipality in Warren County.

Due to its siting on the Mississippi River, Vicksburg thrived during its early years. By 1825, the population had grown to 2,500, encouraging the development of rail transportation to supplement the heavy shipping route along the Mississippi. By 1842, the Clinton and Vicksburg Railroad was in operation. Together, river and rail propelled the development of Vicksburg, the surrounding County, and ultimately, the State. By the dawn of the Civil War, Vicksburg's population exceeded 4,500. The Siege of Vicksburg in 1863 proved to be a turning point in the War. The need to control the Mississippi River made Vicksburg fundamental to the survival of the Confederacy. A forty-seven day siege at Vicksburg resulted in the city's surrender to the Union army. The Vicksburg National Military Park was created in 1899 and "commemorates and preserves the siege line and the historic heritage of Vicksburg."

Vicksburg's economy rebound after the Civil War making it the most populous city in the state by 1870, surpassing Natchez. In 1876, the ever-changing Mississippi River deviated its course, leaving Vicksburg without its principal waterway, which proved devastating to the economy. A 25-year project led by the Army Corps of Engineers, completed by 1903, diverted the Yazoo River south through the former bed of the Mississippi, and reestablished Vicksburg as a river city.