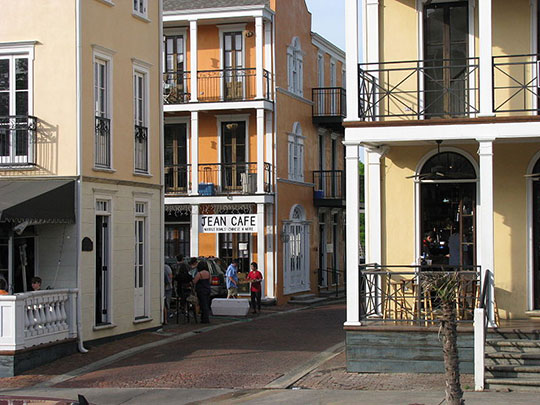 Starkville is a city rich in tradition and blessed with progress. From its days as an enclave of Native American settlements on the border between the Choctaw and Chickasaw Nations and its subsequent settlement by Presbyterian missionaries, to today's varied culture of "southerners" mixed with the best and brightest of over 91 countries studying at Mississippi State University, Starkville has developed a diverse culture over the 165 plus years since its incorporation.

Today, Starkville's small-town friendliness and high-quality educational, cultural and recreational opportunities make it a wellspring of Southern charm. Starkville has become a unique blend of the traditional Old South and the rapidly evolving age of technology that is the new South.

The area of Oktibbeha County was originally a part of the lands belonging to the Choctaw Indians. It takes its name from the creek in the northern part of the county, which formed part of the boundary between the Choctaw and Chickasaw Nations. Oktibbeha, in the Choctaw language, means "icy water." It has been estimated that in 1820 there were between 1,000 and 1,500 Choctaws living within the county's present day boundaries in some five or six settlements. The first whites to settle permanently in Oktibbeha County were Presbyterian missionaries led by Cyrus Kingsbury. They developed Mayhew Mission in 1820 where Ash Creek flows into the "Tibbee" in the northeastern corner of the county. It contained a school for the Indians, a gristmill, a blacksmith shop, and several other buildings. Three years later, Calvin Cushman established a mission at Hebron, about three miles northwest of present-day Starkville.

The missionaries improved the Indian trails to the east, converting them into wagon roads, which made the area more accessible to traffic along the Tombigbee River. The first public thoroughfare in the county was the Robinson Road, built in the early 1820's with both federal and state funds. It connected Nashville, Tennessee, and Jackson, entering Oktibbeha County at Artesia and extending southeastward to the Noxubee River. The Choctaws surrendered their claims to the area in the Treaty of Dancing Rabbit Creek, which was signed on September 27, 1830. In exchange they were given lands in present-day Oklahoma to which most of them moved. White settlers now began pouring into the region, many bringing slaves with them. A number of these newcomers were attracted to the Starkville area by two large springs and the favorable lay of the land. A mill southwest of the site provided clapboards that were used for many of the original buildings. From this, the settlement came to be known as Boardtown.

Oktibbeha County was formally organized on December 23, 1833, with the first court meeting at Hebron the following year. By 1835, the county seat had been established at Boardtown, which changed its name to Starkville in honor of General John Stark, a hero of the Revolutionary War. The first courthouse was a one-room log structure with a small rail nearby. The jail had neither doors nor windows. The prisoners were let down into the hold by means of a rope. The Presbyterians established the town's first church in 1835 with the Methodists organizing shortly thereafter. The Baptists began their work in Starkville in 1839. The town got its first bank in 1835. It was called the Starkville Real Estate and Banking Company. A local lawyer, David Ames, began a school in the log courthouse, which had fifty pupils by 1837. During the pre-Civil War years Oktibbeha County developed into an area of small farms with a number of large plantations. The agricultural base of cotton and livestock was supported by slavery. The 1860 census revealed a population of 5,171 whites, 7,631 slaves, 18 free blacks, and 157 Indians.

Starkville served as the trade center for the county, but probably had a population of only 150 — most people, even professionals, preferring to live in the country. The Civil War was hard on Oktibbeha County as it was on the rest of Mississippi. Large numbers of its white men volunteered for Confederate service and the farms suffered. Grierson's raiders came through the region in the spring of 1863 and looted Starkville. Another Union raid the following year was turned back just south of West Point by General Nathan Bedford Forrest. Oktibbeha County and Starkville recovered slowly from the devastation of the war years and the abolition of slavery. Whites and blacks worked out their new relationships, both economic and social, within a segregated society. Blacks established their own churches and schools.

The 1870's brought the first railroad into Starkville. After several unsuccessful efforts, a branch line of the Gulf, Mobile & Ohio was built from Artesia in 1874. Ten years later Canton, Aberdeen & Nashville came through Starkville with a line that linked Aberdeen to Durant on the Illinois Central. This opened up a new trade territory for Starkville to the northeast.

On April 25, 1875, fire swept through downtown Starkville destroying 52 buildings. But, a determined people rebuilt downtown, placing the stores further apart and widening Main Street by twenty feet to its present width. Colonel W.B. Montgomery proved to be one of the area's strongest promoters.

During the late 1870's, he imported an exceptional herd of Jersey cattle and thereafter revolutionized the agricultural base from cotton to dairy farming. He was also instrumental in 1878 in securing for Starkville the location of the new state agricultural and mechanical college. Mississippi A & M would develop into Mississippi State University and become the backbone of the local economy. As the university has expanded, so has Starkville.

The late 19th century marked the beginning of an exodus from rural areas. By 1900, Starkville's population stood at 2,689, and it has expanded steadily to its present 24,500. Both the university and the community integrated relatively peacefully in the late 1960's.