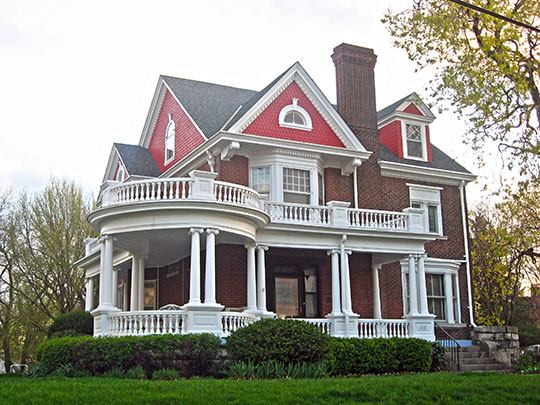 Cape Girardeau, Missouri, is located on the west bank of the Mississippi River approximately 115 miles south of St. Louis. Incorporated in 1808, Cape Girardeau developed as a major steamboat port in the early 19th century and continued as a regional commercial center during the 20th century. The city has strong Spanish, French, and German influences in its heritage, and in 1990, had a population of 34,438 residents.

The City of Cape Girardeau evolved from a frontier trading post along the bluffs overlooking the Mississippi River. French ensign Sieur Jean B. Girardot established the post in the early 1700s and his name became so strongly associated with the area, that it remained the namesake of the town that was to emerge there almost a century later. The town itself, however, was founded by French Canadian Louis Lorimier, who received the land from the Spanish in 1793. Also a trader, Lorimier established a post near Girardot's bluff and erected a home near the river's edge. Due to its location along the important trade and travel route of the Mississippi, the post drew numerous traders and frontiersmen.

As American settlers pushed further west they soon arrived at Lorimier's post, which remained Spanish territory until the early 1800s. Lorimier readily accepted the newcomers and the area became one of the most American districts in the otherwise French Creole region. In 1803, the region became official U.S. territory as part of the Louisiana Purchase, and the percentage of Americans increased dramatically. In the spring of 1806, local trader Barthelemi Cousin platted the town of Cape Girardea.

Confusion over land ownership and loss of its position as county seat slowed the initial growth of the town. Soon after the region came under control of the United States, the government declined to authorize wholesale confirmation of Spanish land grants, on which the majority of property ownership was based. With legal title to property questionable, many settlers avoided the area. Another setback came to Cape Girardeau in 1815 when it lost its designation as the county seat. The town had initially been chosen as the seat of justice for Cape Girardeau County, and arrangements were made for the construction of a courthouse and jail. But when the contractor failed to complete the necessary public buildings, officials opted to change the county seat to the nearby town of Jackson. This proved to be a severe blow to Cape Girardeau's development as few improvements were made to the town in the next twenty years.

Most of Cape Girardeau's early settlers were trappers and fur traders who traveled the Mississippi River to take their pelts to market. Furs were frequently used as a medium of exchange and were useful in the making of durable garments, which were much needed on the frontier. As the area became more permanently settled, agriculture became the major commercial activity with cotton, tobacco, and wheat as major crops. During this early settlement period, Cape Girardeau residents established essential industries such as flour mills, sawmills, cotton gins, and tanyards. These industries were commonly built near the river or other nearby watercourses. Town founder Louis Lorimier erected a total of three mills on Hubble and LaCroix Creeks. Early settler Barthelemi Cousin had an ingenious design of a mill mounted on two flatboats and I.R. Wathen's Marble City Mill was built on North Main Street. The largest mill in the area was that of George Frederick Bollinger, which continued to operate until the mid-20th century as part of the Cape County Milling Company's system. Cape Girardeau also had a number of blacksmiths, gunsmiths, carpenters, wheelwrights and distilleries.