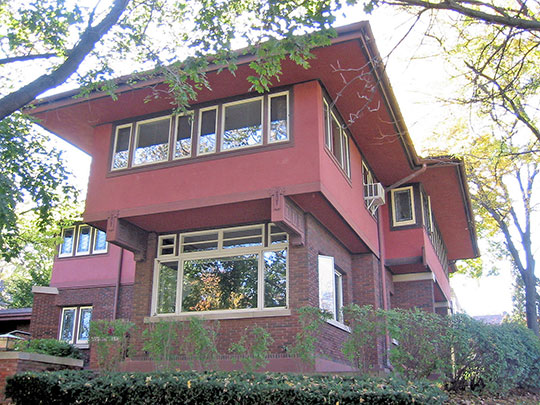 Doane Robinson, historian of the Sioux, writes in the "Handbook of American Indians" (Hodge, Part II, 1910, page 365): "Red Wing. The name of a succession of chiefs of the former Khemnichan band of Mdewakanton Sioux, residing on the west shore of Lake Pepin, Minnesota, where the city of Red Wing now stands. At least four chiefs in succession bore the appellation, each being distinguished by another name. The elder Red Wing is heard of as early as the time of the Pontiac war, when he visited Mackinaw, and was in alliance with the English in the Revolution. He was succeeded by his son, Walking Buffalo (Tatankamani), who enlisted in the British cause in 1812. The name was maintained during two succeeding generations, but disappeared during the Sioux outbreak of 1862-65. The family was less influential than the Little Crows or the Wabashas of the same tribe."

Situated alongside the Mississippi River, surrounded by limestone bluffs rising dramatically above the landscape, the City of Red Wing enjoys an enviable natural environment. Equally impressive are its many historically and architecturally significant buildings reflecting its mid-nineteenth century beginnings as a riverfront trade point and continued development as a community with a diversified and progressive industrial base and a variety of locally-supported civic institutions. Originally the site of a Dakota farming village, in 1837 Samuel Dentan and Daniel Gavin and their families arrived here as missionaries (and the first white settlers) with the Evangelical Missionary Society of Lausanne (Switzerland). Health problems forced both families to leave Red Wing in 1845. When the Revs. John Aiton and Joseph Woods Hancock arrived in 1848 and 1849, they reactivated the mission, reporting a population of five white adults and approximately 300 Dakota.

The signings of the Traverse des Sioux and Mendota treaties in 1851 marked the first steps toward opening land in Minnesota for white settlement. The first impetus for significant development occurred in 1855 with the opening of the U.S. Land Office in Red Wing under Christopher Graham and William Phelps' direction. Within a few years the missionary outpost was transformed into a bustling riverfront trade center with a population of 1,251 in 1860.

Despite a temporary slowdown resulting from the Civil War, the 1860s marked a decade of phenomenal growth as the population grew to 4,260 by 1870. Riverfront trade boomed as wheat production increased on surrounding farms. The first area shoe factory opened in 1861, marking the beginning of Red Wing's important leather and shoe industry. The City grew dramatically during the first half of the 1870s principally because of the increased wheat trade. In 1874, 2,418,622 bushels of wheat were shipped from Red Wing, leading to its designation as "the greatest local wheat market in the world." Unfortunately, the impact of wheat on Red Wing's economy was short-lived. During the second half of the 1870s wheat farmers faced diminishing yields due to depleted soils, increasing blight and rust, and a series of severe storms.